The Cape Cannabis Club has suspended its operations and services after police cracked down on another grow club in Cape Town, called The Haze Club.

Fans of the grow club (C3) were notified via newsletter of the sad news that reads:

The Cape Cannabis Club (C3) has taken the decision to suspend operations immediately.  We have done this after extensive consultation with our legal team.  The SAPS raided another Cannabis Grow Club (The Haze Club) in October and the NDPP have subsequently charged their two directors criminally and have confiscated all their equipment.

In order to seek clarity on the legality of Cannabis Grow Clubs, C3 has taken the decision to institute legal action to seek a Declaratory Order from the Courts, asking them to decide on the legality of the Cannabis Grow Club Model.  Our Legal team and the directors believe that we will be successful in a court of law and that a judge will uphold the constitutional rights of all adults in South Africa to cultivate, possess, and consume cannabis in this country in private.

This Constitutional right would also involve paying a membership fee to a Grow Club to grow, harvest, cure, store and deliver the final cannabis product to the member’s private address anywhere in South Africa.

We trust that you understand our position and that we have the best interests of our members and staff in mind.

We will stay in contact with our members directly and keep you all informed of developments in this regard. All outstanding orders will be refunded.

The battle for full and proper legalisation of our favourite plant continues!The C3 Team – 10 December 2020

In October 2020, Western Cape Police performed a raid at a perceived hydroponic dagga “laboratory” in Ottery, located in the South Suburbs of Cape Town. Fieldsofgreenforall.org.za confirmed it was The Haze Club (THC) – a Growers Club who practice our Constitutional Right to Privacy on behalf of members of their Club.

Describing itself as South Africa’s first 100% legal premium growing service, the owners of The Haze Club is preparing to challenge their arrest and charges of drug trafficking in court. While out on bail, the duo is preparing to defend the legality of their business in a case which will have wide-reaching consequences for the cannabis industry and community across South Africa.

What is a Grow Club?

Grow Clubs, also known as Cannabis Social Clubs, are associations of cannabis consumers that help them with safe cultivation and the consumption of cannabis for their personal use. Most Grow Clubs in South Africa operate under a similar model: Members pay a monthly membership fee and supply seeds or plant clones. The club experts then grow the plant to maturity, harvest and dry the cannabis, and deliver the finished product back to the member.

As explained on The Haze Club website: “To comply with the law, individual areas in the club’s grow facility are demarcated and leased to its members – thereby making it their private space. The club simply assists members in exercising their constitutional right to grow cannabis in their own private space.”

The Haze Club and its owners are being represented by top attorneys on a pro-bono basis, IOL reports. Confident in winning the case, a suit at the firm said he believes that if grow clubs are operated within strict confines, they are within the law and align with the intentions of the Constitutional Court.

The implication is that, if we are successful in this case, as we think that we will be, it would be a clear message to the SAPS and the NPA that they are to leave legal grow clubs (and their members) alone. No more ‘war’ on cannabis users.

If the model survives judicial scrutiny, as we predict that it will, this will be a ‘green light’ for those wishing either to start a legitimate club, or to join one as a member.

Last time we checked, Stoned Citizens had until end November 2020 to comment on the Cannabis For Private Purposes Bill. This after Parliament failed to meet the Constitutional Court’s deadline of 24 months to make the necessary legislative amendments for the private possession and use of marijuana. Getting Baked On Vegan Milk Tart

When the munchies set in after a big fat Durban Poison spliff, do yourself a favour and have this Vegan Milk Tart baked and... 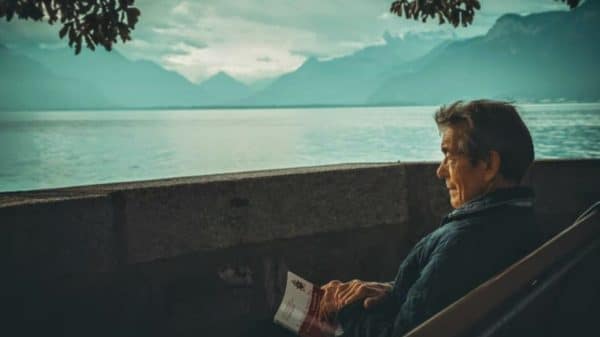 Ever found yourself walking into a room and completely forgetting what you went in there for in the first place? Trouble recalling the name...

Warren CowdyOctober 1, 2021
We use cookies on our website to give you the most relevant experience by remembering your preferences and repeat visits. By clicking “Accept”, you consent to the use of ALL the cookies.
Do not sell my personal information.
Cookie SettingsAccept
Manage consent