Few things are better than smoking your favourite cannabis and feeling the magic of Mary Jane wash over your entire body. Calm befalls you as your body weighs heavier into the surroundings, your thoughts are ever slightly more amusing and your gluttonous gut is getting giddy. Moon rocks on the other hand are a whole nother experience! These potent pot preparations are made by rolling different cannabis products into a stoner supernova, delivering a hit uncomparable to any before!

Moon rocks are a hybrid product made with cannabis flowers, extract and concentrates. The high potency product is ideal for medical marijuana users as it is extremely slow-burning, delivering a huge amount of cannabinoids over an extended period. Do not toke these treats light-heartedly, many stoners have told tales of waking up half a day later wondering where they are or exactly how they got there. We take a look at what these dagga delicacies are and how to make your own DIY moon rocks. Apply for leave folks, we are planning a trip to the moon!

On 20 July 1969 just after eight PM, onlookers the world over were watching a live TV broadcast in suspense as Apollo 11 touches down on the lunar surface. A few hours later Neil Armstrong became the first person to walk on the moon, describing the occasion as “One small step for man, one giant leap for mankind”. Each year on July 20 the United States observes National Moon Day, commemorating the massive achievement that saw the Apollo 11 commander plant an American flag on the surface of the moon. Celebrate moon day the right way, by smoking DIY moon rocks and going on a lunar excursion of your own.

Caviar has long been synonymous with opulence, the salty fish eggs have long been considered a delicacy reserved for the rich and famous. Cannabis Caviar is a luxury categorization of masterfully manufactured marijuana morsels like moon rocks. The category includes several other luxury cannabis products that have been expertly crafted to be enjoyed by high rollers.

Marijuana moon rocks, a luxurious pot preparation of top quality cannabis and A-grade concentrates, pack a powerful punch. They are made by dipping or spraying cured cannabis flowers with hash oil, rolling them in an abundance of kief before leaving them to dry. With THC potencies ranging between 50 and 80%, these sumptuous stoner smokeables are seriously something special. The high comes on almost immediately and is known to linger for hours, to infinity and beyond!

Although nobody knows exactly how moon rocks came to be or who the marijuana masterminds are behind its conceptualization; rappers Kurupt and Dr Zodiac are praised for the part they played in the popularisation of the potent nugs. What started out in 2013 as a mixtape collaboration project between the musicians quickly developed into a cannabis trademark with a range of branded MoonRocks.

MoonRocks by Kurupt boasts a gravity-defying 51.20% THC firepower, these potent nugs are by far “the strongest bud in your galaxy”. Dr Zodiak compared taking a hit of a MoonRock loaded blunt to swigging shots of 151 Bacardi, you are going to feel it fast and furious, and “it’s going to put you on your ass.” Even seasoned stoned citizen; Snoop Dogg has warned; “you can’t just do it by itself, it can’t just be [a] MoonRock solo”. Uncle Snoop says when he does decide to par-toke, he only ever “seasons” his joints by blending some broken-apart MoonRocks with regular weed.

Consider yourself lucky if you find yourself in a country (or state) that has legalized medicinal or adult-use marijuana sales. Designer moon rocks are fairly easy to come by at Dutch coffeeshops, Spanish cannabis clubs or in the United States from a selection of high-end dispensaries. Purchasing these dagga delicacies could quickly become an expensive exercise, easily setting you back ~100 USD for a 3.5g moon rock.

Not only will making moon rocks at home save you money, but it is also a super simple process and has virtually endless pairing possibilities. Once you have mastered the process of making moon rocks and get the hang of working with the marijuana materials, the sky is literally the limit. Visualize the taste, smell and experience you want to create and make it happen like a Marijuana Moon Rock Miyagi.

The marijuana materials needed to make moon rocks are base buds, hash oil and kief. Choose a cannabis strain for the base bud, based on the effect and flavour profile you want the consumer to experience. The whole weed flowers used as the base bud when making moon rocks should be expertly dried, cured and manicured. When selecting a cannabis concentrate and kief, consider strains that compliment the effects and the flavour profile of the base bud. It bears mentioning, the potency of your moon rocks increases every time you add more marijuana material to the preparation.

Assemble the necessary equipment and cannabis consumables in a clean workspace.

Using a dropper, anoint the base bud with hash oil. You want the bud to be adequately covered but not oversaturated as it will prolong the drying time and have difficulty lighting up.

On a small tray, roll the sticky bud in kief until it is completely covered in trichomes.

Let your moon rocks set, giving the cannabis components time to fuse together and deliver potent moon rocks that are sticky with delicious dagga goodness.

Your DIY moon rocks are ready and you must be excited about your interstellar voyage to the great unknown. Firstly, do not attempt to use a herb grinder to mull moon rocks, the gooey texture will leave you with a sticky mess to clean up and waste your marijuana masterpieces. Rather use your fingers or a pair of scissors to gently break apart the moon rock.

The best way to consume your cannabis creations is to blend the crushed moon rocks with some regular weed, to help keep the potent pot alight. This cocktail can be rolled into a joint or blunt, or packed into the bowl of a glass pipe, bong or bubbler. If you consider yourself a cannabinoid connoisseur with an iron lung and want to take full advantage of the potency; you could choose between dabbing and vaporizing the moon rock straight up. Delivering a concentrated hit, instantly supplying a head high that eventually works its way down to your toes; blasting you into the stratosphere.

The golden rule with cannabis is to start low and go slow! Regardless of how frequently you smoke or at what frequency you smoke, safety first! Do not smoke moon rocks like you would smoke regular weed. Take a hit and relax, the high will initially hit you right in the third eye before the effects slowly spread to the rest of your body. A potent pot product like moon rocks come with the regular stoner side effects: red eyes, cottonmouth, dehydration, munchies, increased heart rate, as well as anxiety, headaches, and paranoia.

Stay hydrated! H2O is your best friend here, it helps dilute the THC levels, increasing alertness and elevate the experience. It is a good idea to have something to eat before you par-toke in your moon rocks, as it helps prevent nausea caused by the “motion” sickness. Have stoner snacks like pizza popcorn, or anything covered in bacon, on hand for when the munchies kick in.

Moon rocks are a novelty item that is a great conversation starter and is a surefire way to inject some ganja goodness into your get together. Making DIY moon rocks is pretty simple, cost-effective and a great way to express your cannabis creativity. Have you smoked moon rocks before? Perhaps you will be motivated to plan your very own lunar excursion and try your hand at DIY moon rocks. 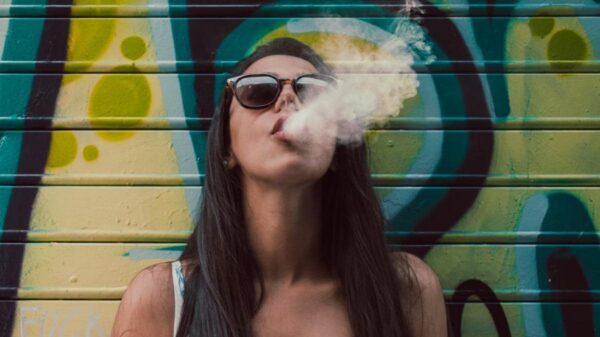 It is that time of year again, Christmas decorations are being put up all around and we are reminded of musicians like Boney M...

Warren CowdyNovember 17, 2021
We use cookies on our website to give you the most relevant experience by remembering your preferences and repeat visits. By clicking “Accept”, you consent to the use of ALL the cookies.
Do not sell my personal information.
Cookie SettingsAccept
Manage consent