Not to be mistaken with the Macaron, the macaroon originated in Italy. Culinary historians trace the roots of the macaroon back to the 7th century. When the Empire expanded up through Northern Africa into what’s now Sicily, the Arabs brought their foods with them. One of the edible supplies was a sweet “cookie” made from honey and ground nut flour.

The Story Behind The Name

The Sicilians called the cookie “maccheroni” as it was made up of a ground nut and maccheroni referred to all food, savory or sweet. As time passed, the sweet maccheroni evolved to incorporate egg whites for leavening, sugar, and bitter almonds that are well known throughout the Italian peninsula. The recipe and its ingredients are what we refer to today as the Italian macaroon. The Italians, however, calls it “amaretti” as maccheroni no longer refers to an array of foods.

Catherine de Medici, from one of the most prominent Italian families, married King Henry II and moved to France. Just like the Arabs, Catherine took her favourite cookies (and pastry chefs) with and introduced the sweet macaroon to the French. Upon their adoption into French cuisine, the Italian macaroons, or maccheroni, were directly translated into French as “macarons.”

Over the years, inventive bakers added shredded coconut to macaroons. The coconut version became really popular with the European Jewish community, giving the macaroon its hallowed place in Passover cuisine because it’s unleavened.

In celebration of coconut macaroon’s humble origin, bring some spice to the party by adding sugar that will make you high!

Spice up your cookie jar with the best chocolate macaroons you’ll ever taste. 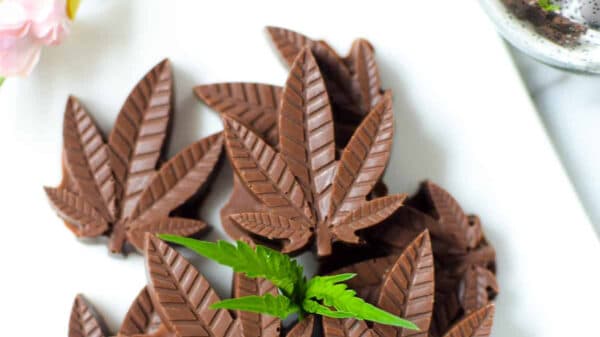 Madame GrowblaarMay 28, 2022
We use cookies on our website to give you the most relevant experience by remembering your preferences and repeat visits. By clicking “Accept”, you consent to the use of ALL the cookies.
Do not sell my personal information.
Cookie SettingsAccept
Manage consent